Buckhorn Weston is an attractive village nestling on the slopes of the Blackmore Vale in North Dorset. This tranquil haven is only 4 miles from the nearest towns of Wincanton to the North in Somerset and Gillingham to the East in Dorset. This idyllic country retreat is also close to the historic towns of Shaftesbury, home of Gold Hill made famous by the Hovis adverts, and Sherborne with its historic castles, once home to Sir Walter Raleigh.

Buckhorn Weston is a village and civil parish situated in the Blackmore Vale in the North Dorset administrative district, about 3 miles (4.8 km) west of the town of Gillingham. It lies on the western edge of the former royal hunting ground of Gillingham Forest. The underlying geology is Oxford clay and Corallian limestone. In the 2011 census the civil parish had a population of 356.

In Saxon times the area was known as Bokere Waston, which meant ‘hamlet in the wilderness near the dyke’. Saxons invaded the area around 450 AD, driving out existing inhabitants and possibly erecting a heathen temple on the site of a previous place of worship. When the Saxons converted to Christianity in about 600 AD, they built a church to replace the temple.

In 1086 Buckhorn Weston was recorded in the Domesday Book as Westone; it had 26 households, 6 ploughlands and 40 acres (16 ha) of meadow. It was in Gillingham hundred and the tenant-in-chief was Count Robert of Mortain. In 1349 the village was badly affected by the plague and its population much reduced. Later, the estate passed via the Stourton family (associated with Stourhead) and the Fane family into the hands of the Stapleton family in 1837 who remained substantial local landowners until the death of Sir Miles Stapleton in 1979. The village inn still bears the family name and coat of arms.

Buckhorn Weston is rightfully proud if its church which dates back the the 13th Century. A brief history is given below courtesy of the Dorset Historic Churches Trust. There is a legend suggesting that Christianity came to the area shortly after Joseph of Arimathea had established his settlement at Glastonbury. Later the parish was linked with the monastic community of Marsh Court only a mile away. What is absolutely certain is that there was a church on the site from earliest times and parts of the present building date from early 13th Century, which is when the incumbents were first recorded. As a result of the generosity of Sir Francis Stapleton, the Patron, in 1870 the Victorians restored and enlarged the church to a design by G R Crickmay of Weymouth.

As with several Dorset churches, the chancel is out of alignment with the nave signifying Christ’s drooping head on the Cross. The interior is classically Victorian with some splendid chandeliers.  In the north side of the chancel, there is a recumbent effigy of a knight not wearing armour, but clad in tabard and hose and said to be Alexander Mobray, who died in the village in 1410.  The Font is 14th Century.  There are two painted panels attached to the walls of the ringing chamber at the base of the tower, which at one time formed the front of a singing gallery.  These were painted by Sir James Thornhill FRS, the first painter to be knighted.  He lived in Stalbridge and was MP for Weymouth.  His other works include: the Dome of St. Paul’s Cathedral: The Princess Apartment at Hampton Court: Kensington Palace and Blenheim. Hogarth studied under him and eventually became his son-in-law.

The village hall remains open for business and has put in place measures to meet all government guidelines to ensure your safety. Contact us for further information. 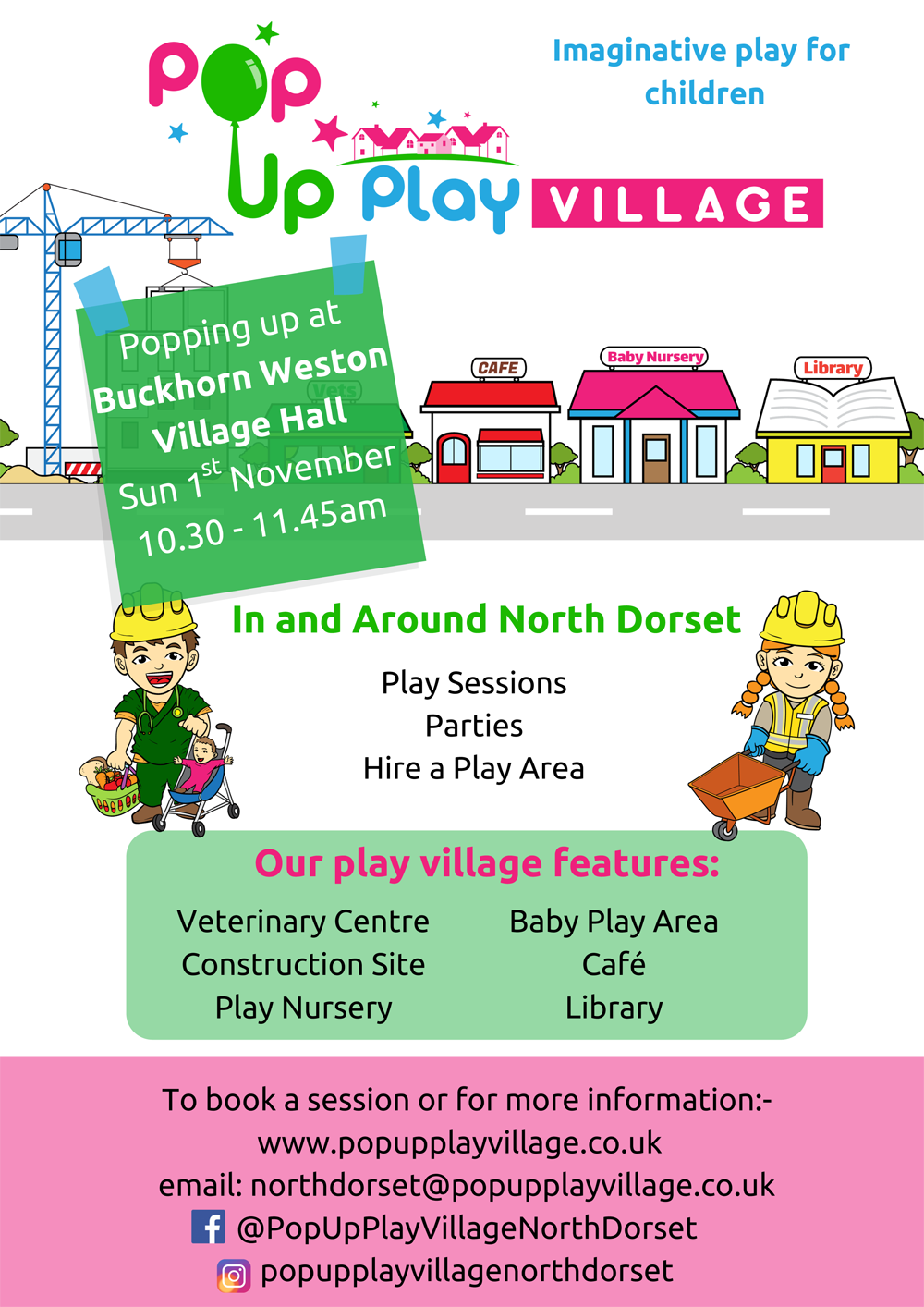